@uppy/image-editor allows users to crop, rotate, zoom and flip images that are added to Uppy.

Designed to be used with the Dashboard UI (can in theory work without it). 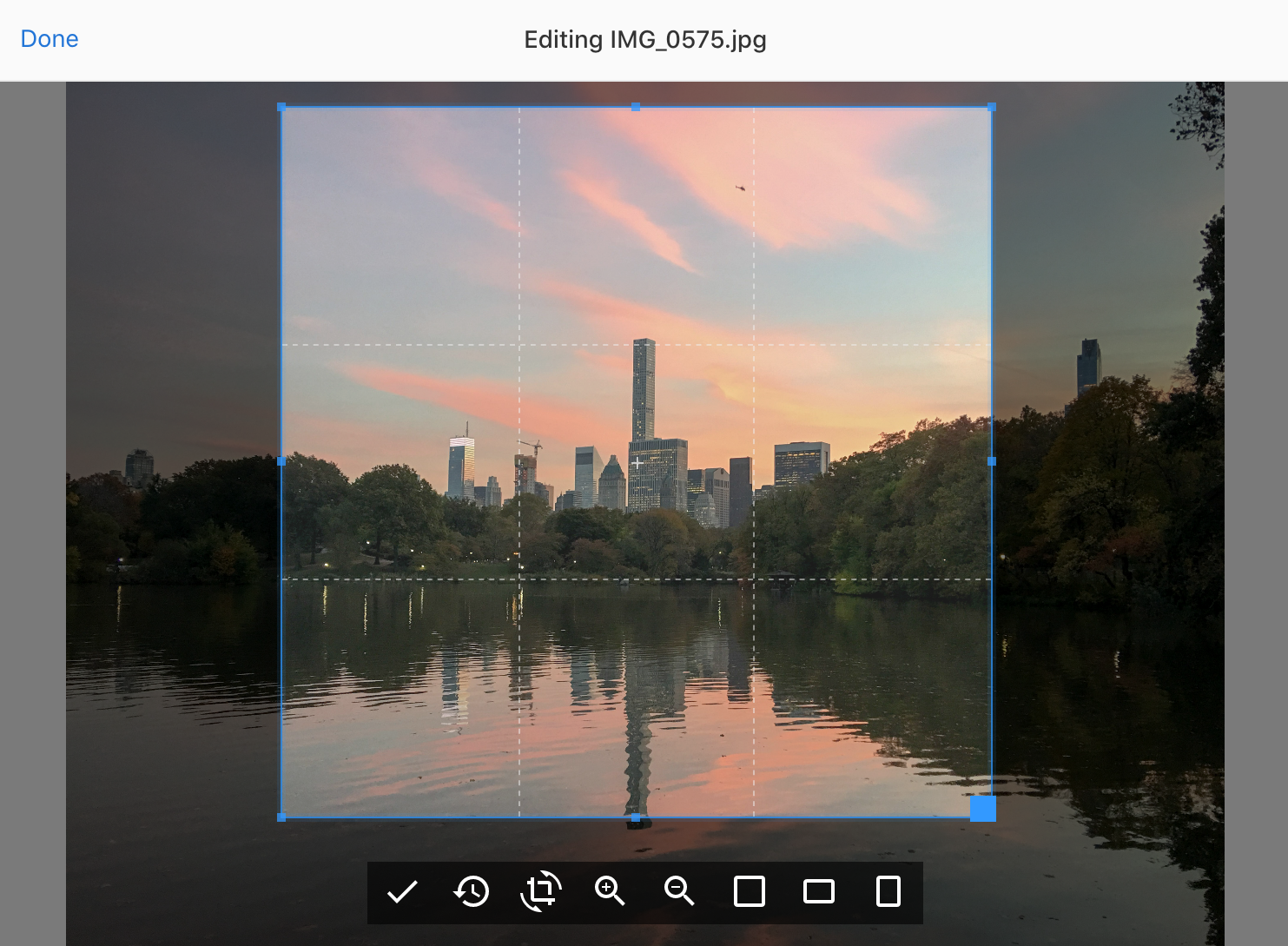 This plugin is published as the @uppy/image-editor package.

The @uppy/image-editor plugin is in beta and is not yet available in the CDN package.

The @Uppy/image-editor plugin requires the following CSS for styling:

A minified version is also available as style.min.css at the same path. Include this import after your import of the core stylesheet and the dashboard stylesheet.

The @uppy/image-editor plugin has the following configurable options:

A unique identifier for this plugin. It defaults to 'ImageEditor'.

Quality of the resulting blob that will be saved in Uppy after editing/cropping.

Image Editor is using the excellent Cropper.js.
cropperOptions will be directly passed to Cropper and thus can expect the same values as documented
in their README,
with the addition of croppedCanvasOptions, which will be passed to getCroppedCanvas.

Image Editor actions buttons, which will be shown. If you you’d like to hide any action pass false to it. By default all the actions are visible.

Emitted when selectFile(file) is called.

Emitted after save(blob) is called.

Emitted when uninstall is called or when the current image editing changes are discarded.