Hello there! Missed us much? :) We’re chomping at the bits, at least, to tell you about our latest release. This one has been in the works longer than usual, but then again, it’s also way cooler than usual, so let’s get right to it.

Yes, you read that right! We now have an easily integrable Transloadit plugin. It was a big push indeed and we owe a big debt of thanks to Renée for going fully beast mode on this. The plugin is still in beta, but it works - and it’s awesome. That said, of course it is entirely optional: if you don’t use Transloadit, you don’t have to bundle the plugin.

We’ll be adding decent documentation to the Uppy website soon, but here is a quick code sample of how a Transloadit plugin integration would look like already.

Since the last release, we’ve been exploring possibilities for an official set of React components. Initially, we’ll be providing component wrappers for the existing Uppy UI plugins, such as the Dashboard and DragDrop plugins. They aren’t ready yet, but if you’d like to follow along with development, check out the work that has been done so far in pull request #170!

DOM element in target: option, uppy.close() for tearing down an Uppy instance

While laying the groundwork for the React component integrations, Uppy has also become a bit friendlier towards being integrated with other frameworks and in single-page apps. The target: option in each plugin used to work only with CSS selectors, which was difficult to use if the plugin should be mounted on a dynamically generated element. In 0.16, either a query selector or an actual DOM element can be passed in.

The new .close() method on the Uppy instance cleans up all of Uppy’s event handlers and DOM elements. Useful when navigating away from a page with an Uppy uploader in a single-page app, or when unmounting a React component that contains an Uppy instance!

We got everything covered - front-to-back-end - so you can be sure we also got some things going on the server side.

Multiple necessary chores (the kind you don’t like to talk about at parties), such as:

Here is the full list of changes for version 0.16: 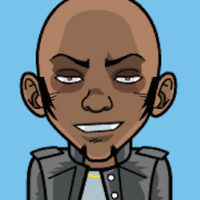